A user of Amazon web site created a petition with a request to Jeff Bezos, the company founder, to accept payments in crypto currencies. Firstly it will give more opportunities for the buyers, and secondly Amazon will be able to introduce and promote new technologies. Many online retailers, hotels, airlines already accept crypto currencies as a payment method for a long time. As for now the petition collected around 1500 signatures, but the number of those who wish to sign the petition is constantly growing. Though it's not clear how the head of Amazon will react and if he will take into account the opinion of users.

Facebook, the most popular social network in the world is constantly updated. This time the service is testing a new function - the protection of images. Thanks to this function the profile visitors will not be able to make screen shots of the profile picture. Furthermore it is planned later on to add some restrictions on pictures downloading and tagging on pictures of other users.

It's not possible to completely protect pictures from stealing, but the company says, the risk of copying will decline by 75%. The function called "Photo Guard" will not be automatic for everybody, it has to be enabled manually. The new function is still being tested on the territory of India, but later the innovation will be available in the whole world.

FBI is already planning the budget for 2018: there will be 80 new staff members. The cost will increase by 21 millions US dollars, which will be spent for fighting cyber crime. According to the representative of FBI, the agency needs more sources to explore new technologies, which are used in DarkNet, the segment of Internet with a high anonymity level. Often the agency cannot gain access to encoded information, even with legislative authority. FBI plans to fundamentally change the situation through the new strategy and additional financing.

WikiLeaks continues to publish a series of revelation of CIA. In March the new data became available on the project called "Cherry Blossom", which used to help CIA to bypass the encryption of the data in messengers and to get all the correspondence and files. Now WikiLeaks told about "Cruel Kangaroo", the program hacking secret data without direct access. A computer gets "the virus" through a flash card and then the damage moves to other computers not even connected to Internet.

In the first line the cyber spy instruments affect Microsoft Windows operational system. Julian Assange, the founder of WikiLeaks promised not to stop on these data and to publish soon new information about new working methods of American intelligent agency.

Some countries are already introducing new technologies into government. For instance, Japan is building now a blockchain platform, where all information on real estate will be stored. Now there is no conformity in registers: every municipality, the ministry of justice, as well as land owners and real estate agencies are leading their own listings. All changes are not promptly displayed, that's why there is a need of an unified system. First test will be held in several cities of Japan already next year. 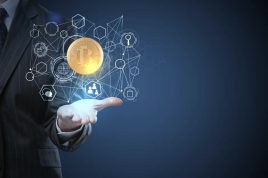 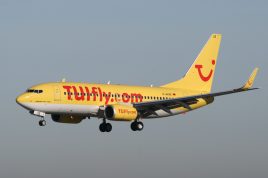 Tourism on blockchain and other news