The blockchain conference: CHAIN ​​2020, Hong Kong, ended on the 15th of January. It brought together 13,000 participants, an absolute record for the entire history of the industry. The main task that the organisers set for themselves was to familiarise the conference guests with the blockchain technology. Their aim was to provide working demonstration of effectiveness and usefulness of the blockchain for both the world of business and everyday life. Their mission is to accelerate the adoption of this technology. Additionally, the organisers are planing to hold a series of forthcoming conferences in Asia.

The organisers had a serious and prestigious line-up of speakers. A few dozen experts famous in the field of Fintech and blockchain spoke to the conference audience of thousands. Among them were journalists and influencers, politicians, CEOs, CTOs and founders of well-known blockchain projects.

At CHAIN ​​2020, Sofia, the most famous humanoid female robot in the world was introduced. In 2017, the robot Sofia was even received citizenship of Saudi Arabia. The quirky robot is remarkable because she quickly learns and adapts well to human behaviour. This allows her to conduct simple dialogues on predetermined topics, as well as having the ability to imitate human gestures and facial expressions. The robot was developed by the Hong Kong-based company Hanson Robotics, whose founder, David Hanson, was also present at the conference.

Henri Arslanyan, Chairman of the FinTech Association in Hong Kong and Associate Professor at the University of Hong Kong, one of the key figures in the global fintech market, also spoke at the conference. He’s the author of several books on finance, and his book, ‘The Future of Finance: The Impact of FinTech, AI, and Crypto on Financial Services,’ is among the top 10 best sellers on Amazon.

However, CHAIN ​​2020, not only discussed cryptocurrencies, and many other subjects were discussion. For example, one of the most influential people from the world of finance, the famous American billionaire and investor Jim Rogers spoke about the current situation of the securities market. Despite the fact that Jim Rogers works in traditional markets, he has extensive experience working with high-risk assets. Back in the 20th century, he, along with George Soros, created a hedge fund that invested in risky stock indexes and leverage currency futures. In 10 years, they earnt 4,200%, while the S&P index during this time showed an increase of 47%.

What should be the ideal crypto project, or the new concept of token sale, commonly referred to as ICO (Initial Coin Offering)?

One of the most outstanding speeches at CHAIN ​​2020 was the report by Alex Reinhardt entitled: ‘How to choose a project for investment.’ In his presentation, Alex elucidated what to look for when choosing a project, what metrics are key when evaluating a project, what questions to ask a team, and what red flags to watch out for when deciding upon which product to invest in.

In the final part of the talk, Alex introduced the concept of a new generation project — the new rules of the game that should guide startups who want to attract investors’ funds. According to Alex, a project’s prospects of success depends several criteria:

3) the community around the project;

4) the stage of readiness of the project — at least a MVP (A minimum viable product), and better — a beta version, or best of all — a fully finished product.

Alex explained that the cryptocurrency business works according to the same laws as the classical one, and success awaits those founders who are aware and accept this fact. The topic turned out to be very relevant for the audience, and after speaking for more than an hour, the guests and participants of the conference approached Alex with questions about investments and blockchain projects.

The viability of the concept proposed by Alex is best proven by the success of his main project — PLATINCOIN — a global blockchain infrastructure with PLC coin at its centre. Today, PLATINCOIN is a network of cryptomats (cryptocurrency ATMS — Automated Teller Machines), POS-terminals, marketplace, vending machines, a reliable exchanger, and several unique developments that generate a passive income for users. More importantly, PLATINCOIN today is a powerful community of more than 400,000 people from all over the world. 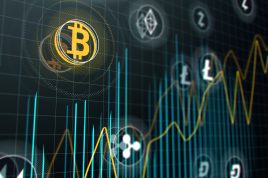 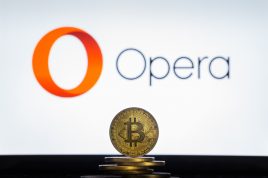 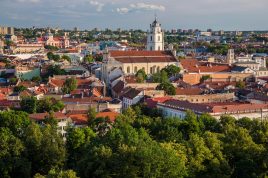 Virtual company registration and other news of the progress

Am so happy for being a member of plantincion. Is simply the best.

My business is about business