Do you already know what happened in the cryptocurrency world? We’ve collected the most useful and interesting news from the crypto industry, so that you’re always up to date, giving you a chance to be among the first to take advantage of new trends.

This week, Bitcoin broke its own record once again, the first Bitcoin ETF started trading in New York, and Walmart customers will soon be able to buy Bitcoin in stores. Impressive? Keep reading, because that’s only the beginning!

The Bitcoin ETF is based on Bitcoin Futures from ProShares Bitcoin; like all ETFs, it allows you to purchase the asset without actually owning it. In the first hour of trading, the Bitcoin ETF generated more than $500 million in income. ETF securities under the BITO ticker increased by more than 4.5%, with the price of one share reaching $41.89.

The price of the leading cryptocurrency naturally increased after the first Bitcoin ETF started trading on the New York Stock Exchange. In just one day, the price of Bitcoin increased by 5%, exceeding its all-time high reached in mid-April 2020 at $ 64.8 thousand. Back then, the price had increased due to the direct listing of Coinbase shares on the NASDAQ stock exchange.

Ethereum also renewed its all-time high at $4375, with a daily price increase of 11%, and its capitalization increased to $ 507 billion.

Walmart customers will be able to buy Bitcoin in stores

Major American wholesale and retail company Walmart has offered its network customers the opportunity to buy BTC cryptocurrency for cash at designated outlets across the United States. At present, over 200 such Coinstar terminals exist.

The terminals accept bill deposits, which are then exchanged for coupons for a certain amount of BTC. In order to use these coupons, customers must register on the Coinme website and complete the KYC procedure to verify their identity. Coinstar terminals also charges a commission of 4% to purchase a coupon and 7% to exchange the coupon for cash.

According to Nate Conrad, NYDIG's Chief Executive Officer of Asset Management, the retirement fund's decision to invest in cryptocurrencies is the first official investment in digital assets, which demonstrates the faith of the older generation in their future. NYDIG also plans to continue its partnership with the pension fund and intends to encourage other funds to invest.

Major investment company PIMCO, a subsidiary of the Allianz Group that currently manages $2.2 trillion in assets, plans to gradually invest in digital assets and start selling them on the spot market. According to the company’s CEO Daniel Ivaskin, a sudden intervention in the crypto market can seriously disrupt the financial industry, which is why PIMCO’s investment will be gradual and phased.

Australia intends to become the hub of the cryptocurrency world

Australia plans to develop a regulatory framework for cryptocurrencies to attract new investment in this area, according to the latest parliamentary report. Legislators are also looking to boost growth by simplifying regulations for crypto companies.

One of the first initiatives will streamline the licensing process for crypto exchanges, while creating clear legal frameworks for the storage of digital assets. Australia is set to become a full-fledged regulator in the field of decentralized finance.

In 2017, the founder of the Brazilian crypto exchange Foxbit Joao Canada gave his newborn daughter 1 BTC. At that time, 1 Bitcoin was worth only $915. Today, the four-year-old girl already owns $67,000 worth of Bitcoin, according to the latest BTC price. Thus, her profits exceeded 6500% in four years. 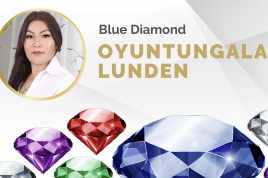 Interview with BLUE DIAMOND Vinod Parmar: “We will do our best to live up to expectations”