Each week, we compile the most important news from the world of blockchain and cryptocurrencies, so that you’re always aware of the trends and you can be the first to take advantage of them.

Last week was very eventful: Paypal introduced its first project for the UK, Iran announced plans to lift its ban on mining, the Binance exchange introduced limitations for anonymous users, and USDC will now be backed by US dollars. And there’s more!

The CryptoPunks token looks like an image of a green-eyed girl with a mohawk. It was created back in 2017 and first sold for only $114 through Anchorage Digital. Its developers at the Larva Labs studio have their own generator of NFT characters, which are considered to be objects of digital art today. There are currently 10,000 such characters in total, and Larva Labs' annual profit from them is estimated at $2 billion.

Cuy Sheffield, the head of the cryptocurrency division at Visa, explains this extraordinary purchase by the fact that the company believes in the future of NFT tokens and is confident that they will play a significant role in the future of trading and entertainment.

PayPal launches a UK based service for the crypto purchase, storage, and trading

The popular payment processor PayPal will allow UK customers to use cryptocurrencies in a dedicated app. Experts believe this will allow PayPal to expand its audience and enter the cryptocurrency market.

The service will allow you to buy and sell currencies including Bitcoin, Ethereum, Litecoin and Bitcoin Cash. Paxos, which recently helped PayPal to provide similar opportunities for US residents, will assist with the implementation of this idea.

An anonymous hacker voluntarily returned all $600 million stolen from users of the Poly Network Internet Protocol in early August. Previously, he withdrew money from three networks - Ethereum, Polygon and Binance Smart Chain. These same networks were used to return the funds.

According to experts, one of the reasons for such a noble act as the return of funds was the hacker's accidental disclosure of his personal data. He personally signed his latest transaction with the following words: “This is the craziest adventure of my life. Your top security assistant."

Binance has decided to restrict access to the platform's products and services to new users who have not gone through the identity verification procedure. This decision is due to pressure from financial regulators, who have criticized the Binance security system in 2021.

According to international authorities, Binance users have essentially no protection from fraudulent schemes and hacker attacks. As a result, the exchange will deprive users of the ability to remain anonymous. The corresponding restrictions will also apply to withdrawals, transactions and deposits.

Investment firm BlackRock, whose assets are valued at $ 8.7 trillion, has acquired 6.71% of Marathon Digital Holdings and 6.61% of Riot Blockchain. As a result, their value was calculated at about $ 207 million and $ 175 million, respectively.

Blackrock’s decision was likely caused by the high growth of the companies’ share prices over the past year: shares of Marathon Digital Holdings rose by 800%, and Riot Blockchain securities - by 704%. At the same time, Bitcoin showed an increase of %300 over the year.

The Binance cryptocurrency exchange plans to raise investments from government funds in Singapore, according to a post from journalist Colin Wu on his Twitter. According to experts, these investments may reach $ 200 billion.

This forecast is due to the fact that Vertex Ventures, part of the Temasek fund, has previously supported the development of Binance in Singapore. At the beginning of the month, it became known that Richard Ten, who previously worked in the Financial Department of Singapore for 13 years, was appointed as the new director of the platform's Singapore division.

Iran will lift ban on cryptocurrency mining for licensed companies

Crypto mining was banned in Iran in May 2021 due to its high electricity consumption, which created a shortage and caused power outages throughout the country. However, this ban will be lifted on September 22, as the hot summer season has come to an end.

According to the government's forecasts, with the onset of autumn, electricity consumption should decrease, because most of it was previously spent on the operation of air conditioners and other devices. However, only companies that have received the appropriate license after verification will be able to resume mining.

Currently, only 61% of the total volume of USDC is backed by cash and cash equivalents. The stablecoin issuer Circle intends to increase its collateral share to 100% in accordance with the rules of government funds transfer. These rules provide liquidity in USD at a 1: 1 ratio, thereby protecting buyers.

Moreover, Circle also announced its desire to become a full-fledged reserve national digital currency bank, which would oversee risks and act as the supervisory authority of the US Treasury. This would enable Circle to integrate innovations in the field of digital currencies in the government market.

Coinbase will buy more than $500 million worth of cryptocurrencies

Cryptocurrency exchange Coinbase will acquire over $ 500 million in digital assets, according to a Twitter post by CEO Brian Armstrong. The exchange also plans to invest 10% of the company's total profits in the development of cryptocurrencies.

In February, in preparation for its annual stock listing, Coinbase announced that its crypto asset value at the end of 2020 was $ 316 million, up 10 times from last year. 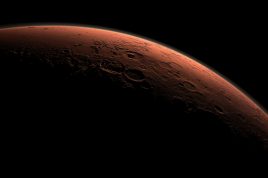 Tiny robots are exploring Mars, blockchain is to protect satellites 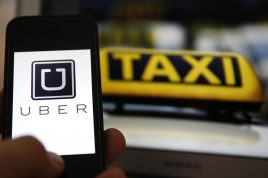 Credit cards from Uber and other news