It's time for some exciting news! What's new in the cryptocurrency world this week? We have collected the brightest and most interesting news and events. For example, Burger King is going to donate $2.5 million worth of cryptocurrency to its customers, and JPMorgan has announced that Ethereum is ahead of Bitcoin in all respects.

The world's largest forum, Reddit, plans to introduce a system for converting users' karma points into Ethereum tokens. This feature, called WEB 3.0, will initially be available only to 500 million users, who will automatically become cryptocurrency holders. Thus, Reddit will convert these 500 million people into crypto industry participants.

Reddit representatives have stated that the tokenization of karma will improve the quality of interactions between users and allow Reddit to launch exciting new projects.

Bitcoin futures exchange Bakkt has announced the integration of the Ethereum cryptocurrency into its services. This will allow Bakkt users to not only store Ethereum tokens in the app, but also buy, sell, and transfer them to other users. Thus, Ethereum will become Bakkt's second cryptocurrency after Bitcoin. Institutional clients can also opt for Bakkt Warehouse for Ethereum storage.

Bakkt launched an app for storing, selling and buying Bitcoins back in March 2021. According to the founders of the exchange, they have decided to integrate Ethereum to match the growing demand for alternative cryptocurrencies to BTC.

American financial conglomerate JPMorgan announced that the Ethereum cryptocurrency is currently more profitable than Bitcoin. This is due to the fact that it is Ethereum that underlies the two largest industries — DeFi and the market for non-fungible tokens. Taking into account NFTs and stablecoins, Ethereum offers many more opportunities for its exploitation and earning potential than BTC.

Because of this, JPMorgan analysts predict an increase in interest rates in the coming months. In their opinion, BTC flourished in a world of low interest rates and massive bond purchases as a digital alternative to gold, and this world is already nearing its end.

El Salvador's President Nayib Bukele announced plans to build 20 high-tech schools with the money earned from government investments in cryptocurrency and changes in the BTC exchange rate. El Salvador has already used the first crypto profits to build a veterinary clinic, and a project to start building hospitals is already in the works.

According to a personal statement from Bukele, in just two months after the legislative adoption of Bitcoin, the frequency of use of cryptocurrencies in the country has increased significantly. Residents of El Salvator appreciated the benefits of cryptocurrencies, especially the lack of commission fees and additional benefits. At the moment, the government of El Salvador holds 1,120 BTC worth $71 million.

The US Treasury Department and the heads of all leading financial regulators announced the necessity of introducing regulation for stablecoins at the legislative level as soon as possible. This announcement was prompted by a report on stablecoins by the Federal Deposit Insurance Corporation (FDIC) and the Office of the Comptroller of the Currency (OCC). According to this report, the lack of proper leverage can create risks for both stablecoin users and the entire US financial system.

Congress is already considering measures that could eliminate the risks of stablecoins, while also expanding their financial capabilities. Today, US stablecoins are used primarily in digital trading and also as a means of payment by households and businesses.

Burger King will award $2.5 million worth of crypto to their customers

On November 1, the fast food chain Burger King launched a joint project with online broker Robinhood, giving away 20 Bitcoins, 200 Ethereum tokens, and 2,000,000 Dogecoin to US customers. In total, Burger King plans to give away $ 2.5 million worth of cryptocurrencies in three weeks.

The cryptocurrency giveaway will be organized in the form of a lottery for the purchase of burgers at the chain restaurant. One in 10,000 Burger King customers will receive 1 ETH (about $ 4,000 at the current exchange rate), and one in 100,000 lucky customers will receive 1 BTC (about $62,000). Everyone will receive Dogecoin (about $ 0.27) as consolation prizes. You will need a Robinhood account to receive your reward. 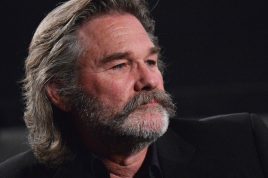 Cryptocurrency Hits the Big Screen and Other Events 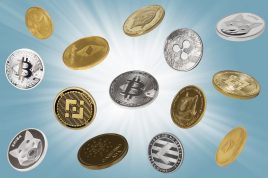