It’s time for our news digest! Do you already know what happened in the cryptocurrency market last week? Here’s a hint: it’s something that will give you new financial opportunities. For instance, Mastercard’s initiative might lead to a new surge in the price of BTC, and the launch of the Nigerian CBDC might launch new national currencies.

In his third quarter report, Mastercard CEO Michael Meebach officially confirmed that the company is developing a global network designed to serve the national CBDC cryptocurrencies. Mastercard has shown interest in the growth of the cryptocurrency market for several years, and CBDC support will open new opportunities for the company to establish partnerships.

On October 25, Nigeria's President Muhammadu Bukhari announced the launch of a central bank digital currency called eNaira. Nigeria became the second country in the world to issue its CBDC, after the Bahamas launched their national currency, the Sand Dollar, on October 21st.

The launch of eNaira is expected to expand the boundaries of the Nigerian banking system, simplify financial transactions and bring new financial technologies into the country.

Mastercard will enable cryptocurrency integration for all banks and retailers

Mastercard is partnering with Bakkt Bitcoin Futures and Digital Asset Exchange to provide banks and retailers with the ability to integrate cryptocurrencies into any product. The list of affected organizations will include more than 20,000 banks and retail outlets.

This project will include Bitcoin wallets and credit / debit cards that can be used to receive funds and make payments in digital currency. The company also intends to develop a loyalty program, enabling hotels and airlines to pay bonuses to their customers by converting them into Bitcoin or other cryptocurrencies.

Facebook has announced its intentions to support non-fungible NFT tokens as a potential extension to the Ethereum protocol, where there is strong demand for digital collectibles. According to the CEO of Facebook Metaverse, which specializes in the development of innovative products, this will give social network users the ability to freely showcase their NFT collections, as well as facilitate the process of buying and selling them.

This decision was made as part of a large-scale rebranding, where the company also plans to change its name to Meta. Starting from December 1, the company's shares will be traded under a new ticker - MVRS.

Price of Squid Game token rises by 2400% in one day

The creators of the hit South Korean Netflix TV series Squid Game have launched their own NFT token called Squid. In just one day, its starting price of $ 3.33 increased by 2400% - with capitalization exceeding $273 million.

In November, the developers plan to launch an online tournament with six stages, similar to the stages of the game in the series. You can participate by paying for their NFTs using the Squid token – users will have to pay from $ 15,000 to $ 33,000 at the current rate to enter the final stage of the tournament.

In the future, Tesla may resume the sale of electric cars for Bitcoin. Experts arrived at this conclusion based on the company’s quarterly report, submitted to the SEC on October 26. In this report, the company also stated its confidence in the future development of digital assets.

In the summer of 2021, Tesla CEO Elon Musk already announced plans to resume accepting BTC as a means of payment for cars. However, this feature can only be implemented when the percentage of use of energy sources in mining falls below 50% and reaches a stable level.

The Central Bank of Spain has provided banks and financial institutions with the opportunity to register as an executor of cryptocurrency services. A corresponding registry was launched for this feature on October 29.

One of the objectives of this registry is to combat money laundering through cryptocurrencies. Registration and legalization of crypto services will allow the state to track the activities of banks in the field of cryptocurrencies, while also simplifying financial transactions and the development of relevant technologies. However, the actual legal regulation is currently underway, and it should be completed by the beginning of 2022. 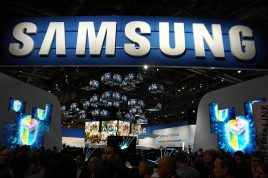 Blockchain for Seoul from Samsung and other news 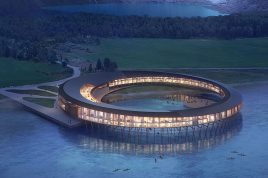