According to a Crystal Blockchain study, the aggregate transaction volume for the first three months of 2020 saw a twofold increase compared to the same period last year, when this figure was at $8,2 billion. This year, the total volume of Bitcoin transactions measured at $15 billion.

How was the study carried out?

The study was based on data for 436 exchanges carried out between 2013 and the end of the first quarter of 2020 in 70 countries around the world. Crystal Blockchain set out to analyze the Bitcoin market and its transformation across three stages in the evolution of cryptocurrency exchanges. External factors that directly impacted the operation of Bitcoin, such as changes in the global financial market, were also assessed.

This year, Crystal Blockchain made the interaction between G20 countries the main focus of their study. This path was chosen because ‘The Group of Twenty’ demonstrated greater attention towards the cryptocurrency market. For example, in 2019, G20 announced that FATF standards and the Fifth Anti-Money Laundering Directive (AMLD5) issued by the EU will be extended to include cryptocurrencies.

For a more detailed overview, check out the interactive map Bitcoin Flows Analytics.

What does this mean for the market?

These figures point towards increasing activity in the cryptocurrency market, despite the ongoing crisis in the global financial system. Another fact pointing towards the role of cryptocurrencies as an anticrisis asset is the fact that major crypto exchanges noted a significant increase in users in March. This was the case for Kraken, OKEx, Bitfinex, Paxful, and Luno. For instance, Kraken noted an 83% increase in new registrations, with 100% new registrations on the peering exchange Paxful, 50% on Luno, and 30% on Bitfinex. 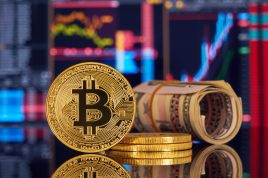 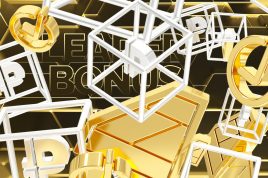