Focus, a German magazine, has published an extensive review of PLATINCOIN. The reporters talked about the PLATINCOIN concept, the products in the infrastructure, they explained how the price of the PLC coin increased from 10 cents to 5 euros, and why the coin has every chance of achieving exponential growth in the future.

Focus is a German socio-political publication, released in print and digital formats since 1993.

We have prepared a special translation of this article for our multilingual community. Read it and share it with your partners!

Will the price of PLC by Platincoin reach 1000 euros in the near future?

Platincoin's vision goes beyond creating a strong digital coin with a constantly growing price that can be used for payment anywhere. Many cryptocurrency projects have already taken up this idea, without any success. From the very beginning, the Platincoin project has ensured that coins are produced consistently and directly by a large number of people. Over 90 percent of all Bitcoin coins are distributed among just 100 wallets. As a result, a disparity between rich and poor users is inevitable.

Platincoin took a different path, working with limited purchase amounts from the very beginning, so clients could only buy products in limited quantities, thus producing a limited amount of coins. How many companies do you know that voluntarily agree to settle for less money? So Platincoin offers a much more equitable distribution structure.

While the prices of other cryptocurrencies have weekly fluctuations up to 40 percent, Platincoin is developing its own steadily growing market in parallel to this volatile market. To this end, the company is creating an infrastructure around multiple pilot projects, such as POS terminals, debit cards, and various online platforms. As a result, Platincoins can be used at the current exchange rate in all these infrastructure projects. In 2018, at the first listing on the exchange, the initial price of Platincoin was 10 cents. As the community and the infrastructure expanded, the value of the coin kept increasing. Today, Platincoin is often traded on the market for up to five euros. That means the project has achieved growth of almost 5,000 percent in less than five years. The price has never dropped below the starting price and has recently even peaked at $67.

Crypto experts are confident that the cryptocurrency will reach its historical maximum once again as the project continues to develop. Thus, Platincoin offers an excellent entry point for speculative investors. Today, few assets offer pricing potential up to 5,000 percent. The entire project is based on a plan to create a market with stable ladder growth. According to this plan, Platincoin should become one of the best cryptocurrencies in the market. Platincoin has been following this plan for over four years and thus has a very high chance of success.

Who is behind PLATINCOIN

According to one of the most influential business magazines in the world - the American magazine "The Entrepreneur" - Alex Reinhardt is among the top 10 people who have made the greatest contribution to the development of the crypto industry and blockchain technology.

PLATINCOIN has been on the market for over four years. More than half a million people worldwide own and use PLC coins. “We aren’t engineers or technical geniuses, but we will help you learn everything to start working with cryptocurrencies,” says Alex.

The company is currently developing a huge marketplace called PlatinDeal, where anyone can buy and sell all kinds of goods and services for the Platincoin cryptocurrency. The creator of the platform is confident that the whole world will start using cryptocurrencies in the near future, and that this marketplace based on Platincoins will become one of the most innovative projects.

Alex speaks openly about the potential and the development and growth strategy of PLATINCOIN both at international conferences and forums, and at major events bringing together many thousands of guests.

What the future holds for Platincoin

Creating an infrastructure made up of many pilot projects such as POS terminals, debit cards and various online platforms is intended to promote the crypto project. And many of these projects are already on the market or in the final stages of development. “My top priority is promoting blockchain technology and its advantages. Less than one percent of the people in the world really know what this is about and how it can be used." The second step is to build a community and a system that will make it easier to use the new technology. Alex wants to create an infrastructure in the world of cryptocurrencies that people can understand and apply based on their experience and their usual relationship to the real economy. Most of the plans for next year have already been announced.

Alex Reinhardt is a world renowned expert in blockchain, financial technology and cryptocurrencies. He can often be seen among journalists and influencers, politicians, CEOs and CTOs of various companies, as well as other founders of blockchain projects. In the past few years alone, Alex Reinhardt has spoken at over ten world famous blockchain conferences, including Futurama Innovators in Montenegro, Blockchain Life in Singapore, Blockchain Summit in London, BlockShow Europe, and Russian Blockchain Week. During his presentations, Alex Reinhardt shares his experience and gives examples from his practice that help other blockchain projects successfully scale their businesses.

We have high expectations for Platincoin, and we will be closely following the development of this project. Cryptocurrency expert Alex Reinhardt will keep the community updated on the latest developments. 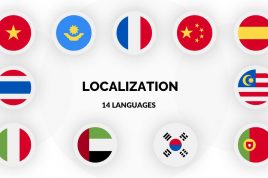 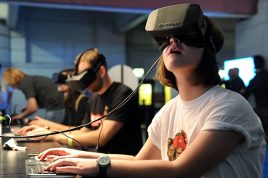 Therapeutic VR and other news

Platincoin is the best.

Forward ever backward never. More grease to the elbows of our God sent Alex Reinhardt. Platincoin.is more than conqueror.

Waw i wish to climb to the top by God’s Grace, and be if not the best, but among the best.