The world around us keeps changing at an ever-increasing pace. These changes are affecting each sector, from everyday life to the startup funding market.

If only a few decades ago, investments were handled by Wall Street giants, the advancement of the Internet has now made it possible for anyone to buy stocks, cryptocurrencies, or even a share of a startup company!

Financing models such as crowdfunding and crowd investing played an important part in the democratization of the market. Crowdfunding essentially means ‘funding by crowds’. This model is appropriately named, as it consists of people investing their funds in the development of a certain project, sometimes without expecting anything in return, but usually hoping to receive their share of the future company or project. All calculations are carried out on online platforms (you’ve probably heard of Kickstarter, IndieGoGo, or RocketHub), which in turn charge a percentage of the raised funds.

Crowdfunding as we know it first appeared in 1997 when American fans of the band Marillion decided to fund a tour for their idols. Back then, enthusiasts managed to raise a total of $60 000, which inspired people all around the world and kickstarted the crowdfunding model!

However, this promising start was followed by a slowdown in market growth. According to projections made by Statistа based on data for previous years, the average amount of project investments via crowdfunding in 2020 will be limited to $780, while only 10 940 companies will be able to successfully complete their crowdsale. As a result, we can expect the total market size to be $8.5 billion.

The crowdfunding market needs a revolution

For such a large and promising market, the projections from the previous paragraph seem to be catastrophically low. You can see for yourself — Telegram alone managed to raise $1.7 billion in an ICO! The ICO model, which has been limited to the cryptocurrency market, has demonstrated practically the same results as crowdfunding: according to a Coinmarketplus report, projects managed to attract a total of $6.2 billion of ICO funding in 2017, which reached a record high of $7.5 billion in 2018!

How come a promising model like crowdfunding did not attract much attention from investors?

Just like any market with the potential for exponential growth, crowdfunding investments are tightly linked with high risks. The reality is that anyone can list their project on a crowdfunding platform, which means that such projects are often limited to an idea, without anything as concrete as an MVP.

That’s why there has been a large number of doomed projects in the history of crowdfunding — while some people were simply unable to release their product, others committed blatant fraud. Over time, these factors disappointed investors.

Another important aspect lies in the fact that today’s model places all responsibility on investors, who are obligated to blindly invest their funds in projects. This means that the risks associated with investing on crowdfunding platforms are many times higher than the expected return on investment, which forces investors to reject this model.

A blockchain transformation for crowdfunding from PLATINCOIN

Here at PLATINCOIN, we are enthusiastic about direct investments in promising projects, which is why we are always carefully tracking the crowdfunding market. That’s why we have realized the following: in order to get investors to trust this market again, we need to completely transform it!

In order to achieve this goal, we have created an upgraded version of crowdfunding, based on the nearly unlimited opportunities of blockchain technology and the PLATINCOIN cryptocurrency! You are already well aware of the large potential of blockchain: you know that this technology guarantees security, transparency, and stability for all our products. Today, it is time to take advantage of the most disruptive technology of the 21st century for financing your projects!

The new platform created by PLATINCOIN offers a win-win crowdfunding model: projects will receive free financing and promotion for their ideas, while investors and enthusiasts will be able to support any project without giving up their money!

How can you obtain financing through the platform?

Absolutely anyone can register on our platform to promote their project and receive financial support for its development:

Step 1. Register on the platform and complete your profile. Greater completion of your profile will improve your chances at receiving the funding you need;

Step 2. Upload your project and additional information about it. This is a crucial step - the success of your crowdsale depends on it! Try to write a detailed description, but avoid writing too much text. Recording a video about your project is the best option. Statistics show that product videos are 4 times more popular than text descriptions!
Step 3. Decide on the amount that you would like to raise in your crowdsale. In order to successfully complete a round of financing, your project must raise an amount that is five times as high as the one you indicated before starting the crowdsale. For instance, if you would like to raise 200 000 coins, you need your fans to freeze a total of one million coins on their accounts. After this requirement is fulfilled, you will receive 200 000 coins on your account through the blockchain. Meanwhile, your fans will be able to unfreeze their wallets and receive a bonus +10% to the amount on their account!

Step 4. Receive coins. Once you manage to raise the necessary sum on your fans’ wallets, the blockchain will mint the amount that you need, and your investors’ wallets will be unfrozen. The cryptocurrency that is available to you will be sent to a regulated exchange that guarantees the liquidity of your coins and ensures the viability of your project.

How to become an investor?

This is even easier - simply register on the platform, select your favorite projects and become a fan. After selecting your favorites, decide on the amount that you are prepared to allocate towards the development of these projects - the blockchain will freeze this sum on your account until the crowdsale is completed, and then it will be available to you once again. And that’s not all - 10% of the funds that you invested in the project will be added to your account!

If you have a project or an idea and you would like to raise funds to develop it, simply post about this project on the PLATINCOIN platform!

Creating projects and investing in them has never been so profitable both for founders and investors!

The project will be launched in Q3 2020, and you will soon have access to the website where you will be able to apply to raise funds for your project. 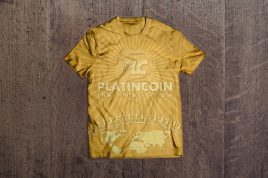 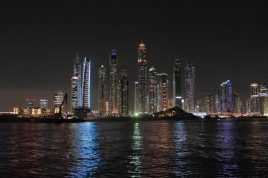 I want to know about platincoin

Platincoin is the best!