Hello! In this article, we will learn what a Minting Unit is.

Minting Unit is a virtual setup that mines coins using special software based on the MINTING blockchain technology.

Minting is the process of storing funds in a cryptocurrency wallet to ensure the efficiency of the entire system. Basically, it blocks a certain amount of cryptocurrency to receive rewards. In this technology, the more coins a user blocks in their wallet, the more rewards they receive through holding funds.

Smart contract technology allows you to automate processes in the PLATINCOIN blockchain.

Let's see how everything works.

The Minting Unit runs for three years and continuously generates new coins that are credited to your wallet every month. After activating the Minting Unit, you enter into a smart contract. A smart contract reserves for you a certain amount of coins on the blockchain, which will take part in minting and generates new coins for you over the next three years.

As soon as you activate it, the first minting period starts. On the first day of it, you will receive a minting transaction. An important advantage of the Unit is the absolute predictability of the amount of income. You can easily calculate how much you will receive in a month or in all three years.

You are the sole owner of your coins and can freely use them quickly and safely. Or you can keep going on with the minting and mint even more coins.

The reward in the form of newly minted coins comes only for the work performed online. The work of the Unit can be compared to a power plant that generates electricity only when it is turned on. The Unit also mints coins only when it is online.

When the work is finished, all minted coins remain with the users, and all spent coins in the Minting Unit are automatically burned, increasing the shortage of coins in the market. As you can see, the Minting Unit's work process takes place exclusively on blockchain technology. It is as safe, reliable, and transparent as possible.

While mining requires significant financial investments in hardware and electricity bills, not to mention many years of payback, minting is more environmentally friendly and profitable than mining, since you do not need to spend a cent on equipment and electricity to generate coins. 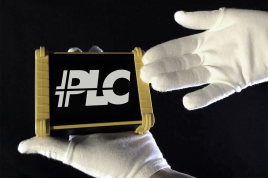 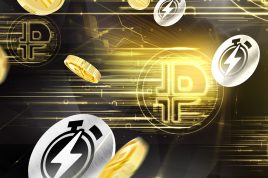 Platincoin is just the best business I have come across