The star of today’s interview is 62 year old Gaukhar Mazhitova from Kazakhstan with the Purple Diamond rank. A trained economist with three post-secondary degrees and a former banker, Gaukhar told us about the time she decided to try something new, when nobody had even heard about this ‘new’ thing.

How did you end up joining PLATINCOIN?

I joined at the very beginning, when I was invited to a private event in Berlin in April 2017, along with other representatives from network companies. I’m from Astana, and I’ve worked in the field of economics all my life. It was my experience in economics that made me realize that the success of PLATINCOIN wasn’t far off. At the same time, I knew Alex even before the project, so I knew that Alex was a respectable and responsible person with great ambitions. I immediately believed in him and never regretted it, because now I am one of the top leaders in the company.

What were you doing before PLATINCOIN? Do you have any previous experience with companies in this field?

Before joining PLATINCOIN, I ran a traditional company with several lines of business for four years. Sure, it was quite profitable, but still it didn’t give me absolute financial freedom. As you know, there is never enough money, especially when you have a family and the need to constantly support your business.

I got into the network industry by accident in 2010. Then my husband's health deteriorated quickly, and we didn’t have enough money for full treatment. I have to tell you that my husband was one of the liquidators of the Chernobyl Nuclear Power Plant, and his contribution has been equated to the veterans of the Great Patriotic War, but, having lost his health, he receives only 34 euros from our state. Of course, no one was going to pay for his treatment. Many doctors even stated that they were powerless and could not help. I had to find a way to treat my husband on my own, and network business became a desperate but life saving measure.

What happened next? Why did you leave the previous network company?

Because none of the classic network companies provide a passive income, despite the fact that MLM is positioned as an opportunity to achieve it. All of this is not true. Networkers will understand me. There is only residual income, and even though I managed to help my husband, I had to work day and night to achieve this.

After my experience in network marketing, when my husband's health was more or less stabilized, I worked for two other mining companies. Unfortunately, they weren’t the most successful… But I don’t have any regrets, as they helped me gain invaluable experience, which then allowed me to build the largest Russian-speaking team at PLATINCOIN.

Tell us about your team. How many partners do you have? What is your turnover?

At the moment, we’ve got about 10,000 partners in our team, and the turnover is close to 8 million euros. My team already has 38 Diamond members of different colors. And although we are based in Kazakhstan, we have partners from Kyrgyzstan, Uzbekistan, Azerbaijan, Bulgaria, India, Turkey, Africa, and even Ireland!

Is there anything special about your team? What sets you apart?

38 of our partners have already qualified for Winners Club without even closing the rank. That is, they are already members of the elite club and enjoy all its advantages, which greatly helps in the development of our team and the company as a whole. In general, I attach a lot of importance to numbers and believe in their power. In our team, a lot is based on the number 38, which I am very happy about, because the combination of three and eight gives the number 11, and this number signifies control over your destiny and the movement towards success.

What are you most proud of?

I believe that my greatest success in PLATINCOIN was that I became the very first in Kazakhstan who reached the Diamond rank. At the same time, my career growth in the company was very fast, which I am also proud of. Thirteen days after the basic Diamond rank, I became a Blue Diamond, and four months later, a Green Diamond. Ten months later, I became a Purple Diamond, a rank that I continue to hold today. I still have a lot of room for growth, because new ranks open up new bonuses and opportunities for us.

What was the hardest part of your job?

I think the most difficult part was the beginning. When PLATINCOIN first appeared, many people had already lost money in various fraudulent schemes, so they were extremely skeptical about us. They thought we would also trick them. Of course, they realized their mistake once they took a chance and tried working with us. Everyone who joins us never regrets it and immediately gets integrated into the company.

What did teamwork give you in addition to a stable income? What makes you grateful?

With PLATINCOIN, I finally understood the value of teamwork. Each member of our team is a force. Together, people can accomplish things that they could never do alone, and this should be appreciated first of all. The motto of our team is based on the words of the founder of the company, Alex Reinhardt: “We’re going where nobody has been before, but eventually everyone will get there. However, we are and will remain the first. "

Working in the company gave me confidence in the future. Thanks to PLATINCOIN, I was able to fulfill my daughter's dream and buy her an elite apartment in the center of the capital, in a prestigious residential complex. I also bought her a car in the color of her dreams. Now I can afford to go on vacation with the whole family abroad, and there are eight of us in the family, by the way! I have already visited more than ten countries around the world, and this is only the beginning.

What are your goals for the near future? Traveling?

Yes, but there’s more! My dream is to reach the highest rank at PLATINCOIN - Double Platin Diamond. Of course, I also want to become a euro billionaire and open a charitable foundation in honor of my parents. I want to help people so that everyone can afford the standard of living they dream about. And right now I want to say: don’t get hung up on all the injustice you see in your world. Stand up against all odds and you will see how easy it is to change your reality if you believe in your success! 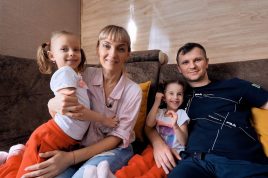 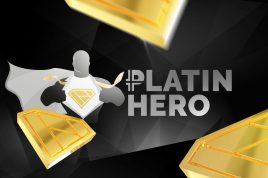 rakesh kumar good commets mem thanks to u achivment