Bitcoin is defined by a rich and volatile trading history, which originated during its inception in 2009. This is a relatively short history, and Bitcoin is still considered one of the youngest currencies in the world. Its price first started growing in July 2010, when it made a small jump from $0,0008 to $0,08 per coin. Since then, Bitcoin has survived many rises and falls. Which events had the largest impact on the price, and how did it change over time? Read on to find out.

How did Bitcoin come into existence?

Bitcoin was the first blockchain-based cryptocurrency in the world. It is the most popular and successful cryptocurrency compared to others that were launched later. The price of Bitcoin peaked at the end of 2017, when it reached $20 000. Since then, it has experienced significant turbulence, with an average value of $7 000 (as calculated in April 2020).

The role of Satoshi Nakamoto

Bitcoin was created in 2008 by someone operating under the alias Satoshi Nakamoto, whose identity is still the object of legends and speculations. Bitcoin was initially offered as open-source software.

The world doesn’t know about Bitcoin yet

The first transaction was carried out in 2009 between Nakamoto and an unidentified user.

Cryptocurrencies are based on blockchain technology which aggregates a public registry of all online transactions using Bitcoin. Anyone can mine Bitcoin with just their computer. That’s why Bitcoin initially attracted special attention from cryptographers, programmers, and those who wanted to hide their financial operations from the government. Due to the latter group, Bitcoin got a bad reputation, as it was often used for illegal trading.

Out of the shadows and pizza transactions

With time, cryptocurrencies became more widely used, and people began to see it as something commonplace. In 2013, a larger number of retailers turned to Bitcoin in their commercial activity. However, the evolution of Bitcoin had its share of tragedies: in October 2013, the US government closed down the anonymous Silk Road trading platform, which reportedly used Bitcoin for black market operations.

On May 22, 2010, Bitcoin was used to buy the first real products – two pizzas for 10 000 Bitcoins. The purchase was made by programmer Laszlo Hanyesz. The transaction was carried out on the Bitcointalk forum, where Laszlo posted an ad, and a teenager named Jeremy Stradivan posting under the username Jercos accepted cryptocurrency in exchange for two pizzas.

Mt. Gox bankruptcy and the price of the first cryptocurrency

The bankruptcy of the Mt. Gox exchange in 2014 became a significant event in the history of Bitcoin, and we can still feel the aftershocks today. Mt. Gox started as a platform for buying and selling trading cards for the board game Magic the Gathering, but it eventually evolved into a Bitcoin exchange. In spring 2011, the creators of Mt. Gox sold their platform to Tibanne, a company owned by French programmer Mark Karpeles, who was living in Japan at the time. Just a few months later, the exchange became the target of its first serious attack, as hackers successfully breached its security system and withdrew Bitcoins, thus bringing the price of the first cryptocurrency down to 1 cent. Karpeles made an enormous effort to partially restore the exchange’s reputation: it not only continued trading, but continued to be the world’s largest platform in terms of trading volume. By early 2013, it made up nearly 70% of all transactions in the world. In that same year, Mt. Gox was revealed to not only have serious issues with the security of their system, but also with American regulators and their own counterparties. Although the problems with Mt. Gox became an important stage in the history of Bitcoin, they did not impede the rise of the cryptocurrency, which we will cover in the next section of this article.

Changes in the price of Bitcoin from 2013 to today

The first increase in the Bitcoin price happened in early 2013, when the price of one coin reached $13.50. The price rose again in early April and even exceeded $220 at some point, but by the middle of the month it fell to $70 again. These were the first significant fluctuations in the price of Bitcoin and the first cryptocurrency drop that later became a part of the history of its development.

The real growth of Bitcoin started in October-November 2013. In early October, the currency steadied at $100, then reached $195 in days. By the end of November, the price rose from approximately $200 to over $1075. This resulted in the emergence of new Bitcoin exchanges and miners in the market, most of them based in China. During this time, Mt. Gox became a major Bitcoin exchange platform – the company handled over 70% of all Bitcoin operations.

Mt. Gox security issues and their impact on the market

The first problems with Bitcoin withdrawal emerged during this time. Rumors about unstable transactions on Mt. Gox and the management’s bad reputation started surfacing. As a result, the price of Bitcoin first dropped to $1079, then $760 in December 2013. The price of the cryptocurrency dropped by 29% in a matter of days.

In early February 2014, there was another serious problem with Bitcoin, related to the incident at the Mt. Gox exchange which applied for bankruptcy protection in Japan. At that time, Bitcoin was traded at $850, but by February 16 it dropped to $580, a 32% reduction in price.

Renewed interest in Bitcoin and the world’s largest rally

Until 2017, the price of Bitcoin intermittently fell, then increased again. People really started talking about the currency in the fall of 2017, when the price exceeded a record high of $5000, reaching $10 000 in November. Some experts and critics, including the founder of the Visa payment system, claimed that Bitcoin was a bubble, like the tulip fever in the Netherlands in the 17th century, which resulted in bankruptcy for most of the population.

And only a few weeks later, the price of Bitcoin swiftly dropped to $7000, falling to $3500 in April 2018. In 2019, Bitcoin experienced another revival, returning to the $10 000 mark. But history is a spiral, and the same patterns repeated again: by the end of the year, Bitcoin was at $7000 again, and it has fluctuated around that mark since then.

Many analysts agree that 2020 is the best time for Bitcoin. The managing director of Citibank pointed out the potential of the first cryptocurrency in a report titled “Bitcoin: the digital gold of the 21st century”, comparing the current situation to the gold bull market of the 1970s. He believes that FRS policy together with the aggravated situation with COVID-19 have created a similar market environment that will boost the price of the first cryptocurrency to $318 000 by December 2021.

The widespread use of Bitcoin and the growth of its price in 2019-2020 were also indirectly affected by the following events: 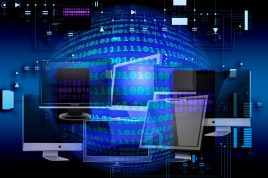 Blockchain has come to e-Government 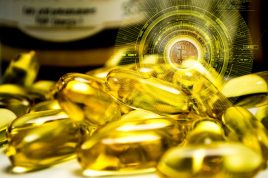 Blockchain medicine for the pharmaceutical industry 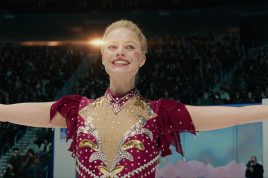 IT technologies will lead to medals 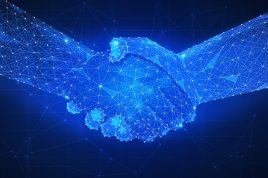 How do smart contracts work?