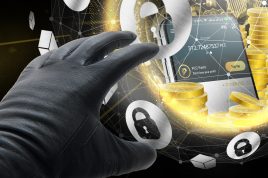 How to secure your data in the PLATINCOIN system: detailed instructions on storing keys and passwords