Each week, we bring you the most important news about blockchain and cryptocurrencies. After all, information is the key to success in the market!

Today, we’ll talk about Bitcoin’s most recent records, a Brazilian bill on recognizing BTC as a legal means of payment, the integration of crypto cards into Google Pay, and a new blockchain technology developed by Visa.

Now, all its users can add their virtual cryptocurrency card to Google Pay and use it to pay for their purchases. However, cryptocurrencies will be automatically converted to fiat money.

Bakkt, a service for buying, selling and investing cryptocurrencies, will issue the cards jointly with Visa. In the future, the company intends to scale the new solution by setting it up for sales in the American retail market. According to its representatives, this will be possible thanks to a partnership with Google Cloud. In fact, Bakkt has some ambitious plans for the future: the crypto service intends to develop an analytical technology using artificial intelligence, machine learning, and geolocation. This can increase the effectiveness of advertising campaigns shown to Google users.

On October 5, the capitalization of BTC reached 942 billion dollars.

The price of Bitcoin has grown by 30% in early October. Today, 1 BTC costs almost 56 thousand dollars. Analysts attribute the sharp rise in the price of the cryptocurrency to the approval of the Volt Bitcoin Revolution ETF by the US Securities and Exchange Commission. The fund sells shares of companies that either invest in “crypto” or keep it in their accounts. When you buy units of the ETF, you can purchase securities from companies including Tesla, PayPal, Twitter, Coinbase and Square.

Bitcoin may become a legal payment method in Brazil

Congressman Aureo Ribeiro said that the relevant bill had already been prepared. He also stated that the country’s government supported the initiative.

So far, the proposal to recognize Bitcoin as an official means of payment is still awaiting congressional approval. The adoption of the bill will begin to regulate the field of crypto payments and investments in the blockchain. At present, all operations with cryptocurrency occur in a gray area, which to some extent contributes to the development of financial pyramids associated with cryptocurrencies. According to a recent interview with Aureo, government regulation will serve the dual purpose of protecting crypto owners and showing other countries an example of the sensible use of BTC.

Visa develops protocol for interacting with various CBDC and stablecoins

The payment giant has revealed its Universal Payment Channel (UPC) concept. In the future, it will make it possible to exchange the digital currencies of Central Banks in different countries and stablecoins.

The technology will operate as a hub: it will combine several blockchain networks and provide the transfer (exchange, sale, purchase) of various digital currencies. This will significantly speed up the process of converting fiat money into “crypto”, making it possible to exchange some currencies for others even before the funds are credited to the recipient’s wallet. Visa said the project will help solve the problem of interoperability between different blockchain networks by establishing dedicated “payment” channels between them. 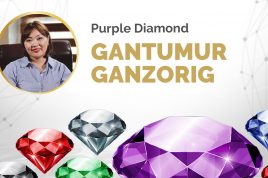 Interview with BLUE DIAMOND Bakhytkul Kulumbetova: “I love PLATINCOIN with all my heart!”